The 2nd Annual Cycle of SC2C.Aero has run June 2018 to June 2019, a year where the objectives of SC2C.Aero has been spread towards dozens of important players of the triple helix. For this cycle, the convergence center has conquered an important funding to run for the next 18 months. In the following section, the main activities realized during the 2018-2019 are briefly explained.

The 2nd Annual Cycle was fullfilled with interesting meetings, detailed below.

In May, the coordination of SC2C.Aero was at FAPESC to present the initiave for the new president of the institution, Fabio Z. Holthausen. The reunion was also attended by the Amandio J. Silva, adjunt scretary at Sustainable and Economic Development/SC and Laercio A. Silva, business superintendent of CERTI Foundation. The opportunity was also a moment to show for players of the govern of Santa Catarina some initiatives in the aeronautical sector and cooperate with them to continuously strengthen the segment in the state.

In the end of the first semester, COMDEFESA had articulated with the armed forces the organization of the event Conexão Defesa in Santa Catarina. The Secretary of Innovation of UFSC (SINOVA) and SC2C.Aero were invited to support this initiative and coordinate the participation of the university. Unfortunately that event was cancelled, however a good relationship evolved from these meetings, resulting in exchange of information among the participants impacted positively in the participation of UFSC at SC EXPO DEFENSE.

Due to the interaction with COMDEFESA (Committee of Defense Industry of Santa Catarina) in the SC Expo Defense, SC2C.Aero was invited to participate of a meeting at FIESC. In the same meeting there were dozens of industries, representative of govern and militaries to watch a lecture of General Sergio L. G. Duarte (Coordinator of SisDIA) about the project SISFRON (Monitoring System of Borders) and opportunities for industries of Santa Catarina. Demanding since primary products as food, clothes till satellites, SISFRON is an opportunity for SC2C.Aero promote its technical groups and be a supportive link for industries interested in develop new technologies within this context.

As a result of the previous meeting with COMDEFESA, SC2C.Aero invited the General Adhemar C. M. Filho and Coronel Silon C. Stumm, both involved in the SISFRON project, to know the center of convergence and some some facilities of UFSC. The meeting had the presence of Prof. Edson R. De Pieri (director of CTC/UFSC) and Prof. Sergio Gargioni (head of EMC/UFSC), as well as the coordination of SC2C.Aero, occasion where the laboratories of UFSC were promoted for the army. The discussion included ways that ISTs could be involved in the SISFRON project and the necessity to involve them in such opportunity that demand national players for R&D&I.

For the second time in a month, SC2C.Aero had a meeting at FIESC to discuss opportunities of cooperation among the industry, military and ISTs of Santa Catarina. The reunion had the participation of Coronel Luiz S. Alves and Luciane Camiloti (advisor of COMDEFESA), occasion that was discussed some possibilities that SC2C.Aero should participate and future demands of the military forces. Throught this close relationship with COMDEFESA, the convergence aims that companies and other players with technological demands recognize the importance of ISTs of Santa Catarina and find in them the technical capacity to be a partner for development of competitive products.

Aiming to update the technical groups of SC2C.Aero about the future actitivites and discuss the operation of the center, individual meetings were executed with them. One valuable item mentioned by various members is the necessity to filter information about the sector, format and send them for the leaders because their lack of time. Another element that SC2C.Aero should pay attention is the monitoring of funding sources, feature that in many cases is the key aspect to sing a contract of R&D&I with relevant companies of the aerospace industry.

SC2C.Aero has attracted one more important group to compose the convergence center: Innovation Institute for Embedded Systems - SENAI. Located in Florianópolis/SC, EM-ISI/SENAI is in constant contact with industries demanding skilled competences and already has in its portfolio interactions with aerospace projects, as for example VCUB-1, the first private nanosatellite. Together with SpaceLab from UFSC, SC2C.Aero already has the two main initiatives regarding the development of satellites in SC as technical groups.

For the 2nd Annual Cycle, SC2C.Aero devoted a new format for its workshop, dividing it in two parts. The first stage was held at UFSC Joinville in September 24th and had as main speaker representatives of the companies Ágora Park, AVIBRAS, OLSEN, PERINI PARK and SAAB, from the governmental agencies as the Secretary of Economic Development of SC and Marinha do Brasil and institutions like CISB, ITA, ISI/SENAI, UFSC, USP-SC, Chalmers (Sweden) and LiU (Sweden). The second part of the workshop was within the SC Expo Defense, at Base Aérea de Florianópolis, between September 27th to 29th. The SC2C.Aero took part of the UFSC stand and assisted in the promotion of some of its technical groups for the public of the exhibition through short presentations. Further information about these events are available here.

Conquest of the Parliament Amendment

In July 2019, SC2C.Aero received funding resources from Ministry of Science, Technology, Innovation and Communication (MCTIC) to be administred by the Foundation of Santa Catarina State (FEESC) for the next 18 months. The list of activities for the period are: 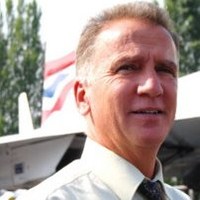 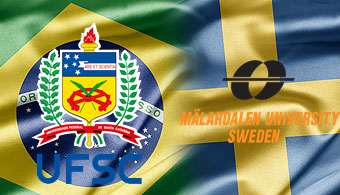 Designed to inspire aerodynamics, speed and the feeling of thrust, the symbol is formed by the acronym SC2C in a stylized manner to form a design that resembles the silhouette of an aircraft or space rocket. Represents the push and pull effort of aerospace technologies.

For the new website herein, the coordination has decided to improve the layout, making it clearer and more attractive for readers. 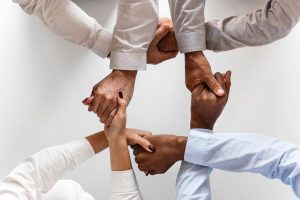 Participation in events at Brazil

Participation in events at Sweden